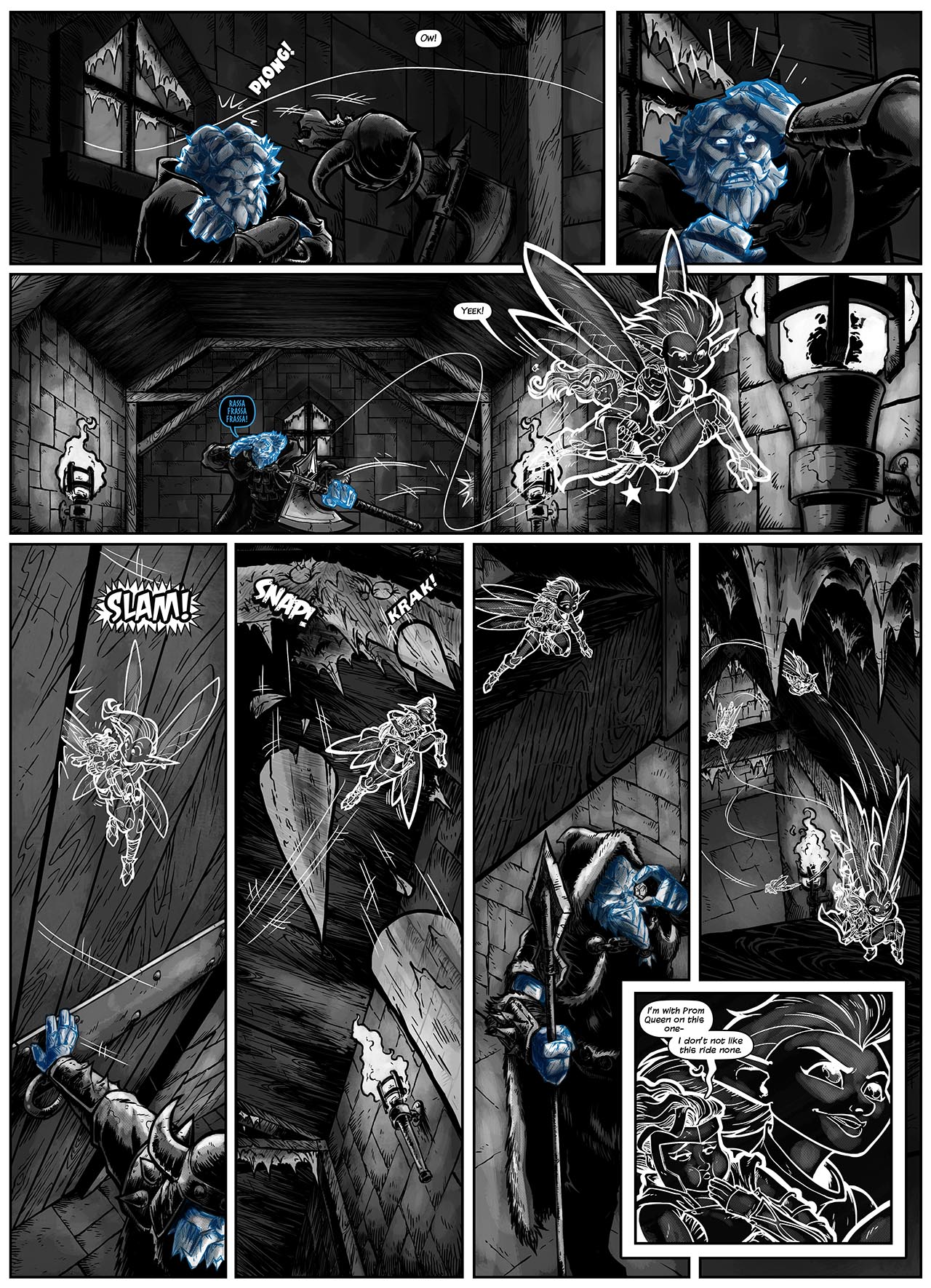 Somewhere out there, the Death Dealer nodded in grim agreement of this particular snoozing guard’s attire. This particular giant is John Arnold, the fellow who created Imperial Urth and the campaign setting upon which I based much of this adventure yarn.

The perils of infiltrating the giant citadel are numerous, beyond knocking the helmet off a sleeping guard with your tiny ass. Edna Mode warned us about capes, but Ronni insists, which gives her a bit of trouble here. Falling icicles- put your eye out, kid. And the guard wandering the halls squinting through a gem seems like a guy to avoid the old-fashioned way, thinks Lexii.

Acrobatic flying. Not for the faint of digestion.

The backgrounds took up a lot of time and detail, to really give a strong sense of space with the interior of our citadel. Going through this sequence was a lot of fun, as Sabrina and I split the duties a bit in coming up with the calamities for them to try and avoid in the bottom panels, talking out different ideas. The falling ice was mine, but that’s a good showcase of how collaborative the process is.

There’s a lot of room to elaborate in the pages and Sabrina’s scripts give me room to play, such as the helmet getting knocked off, which was a visual gag added in the layout stage.