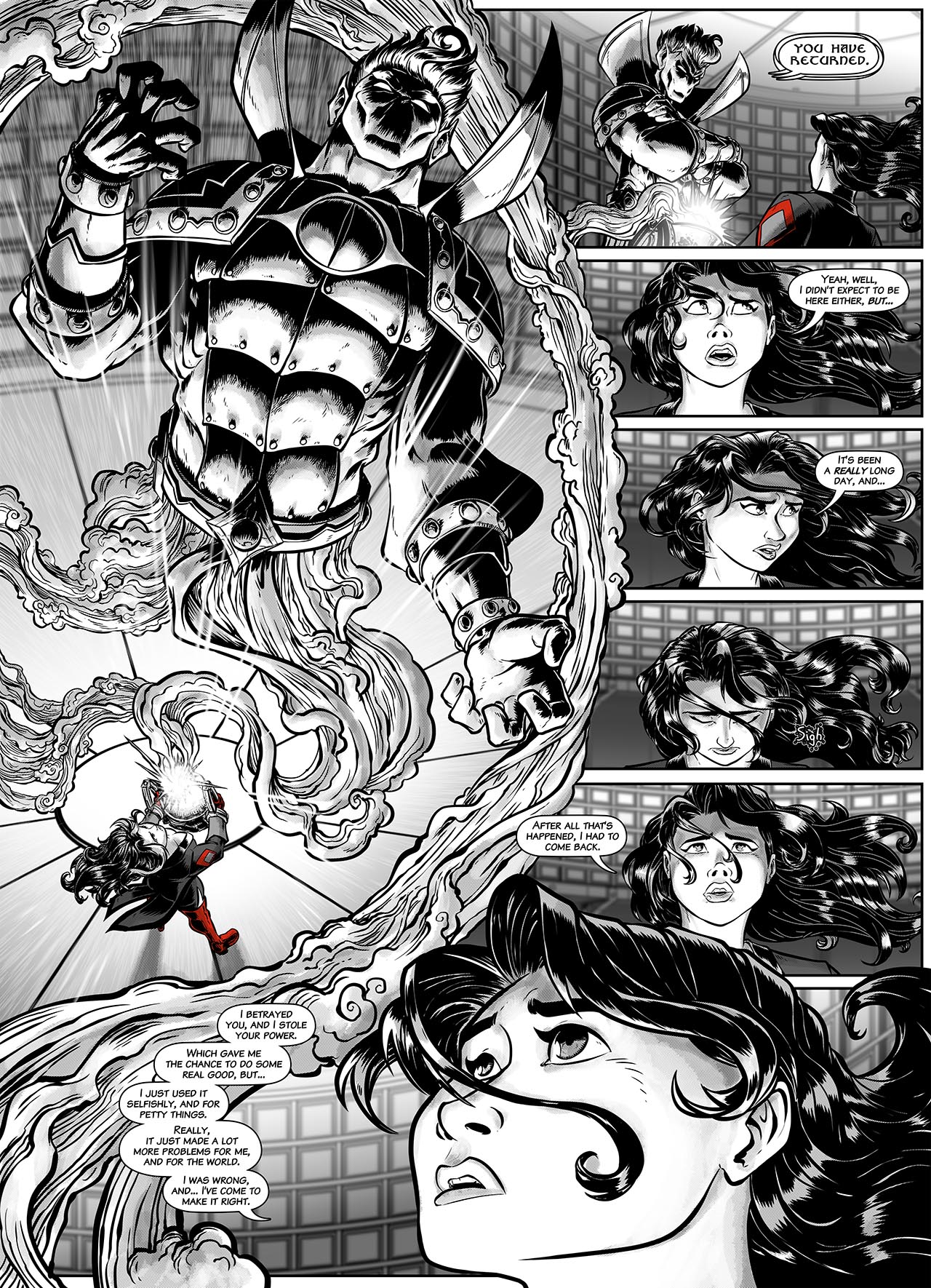 An hour ago, she was shrunk down smaller than Pixie sized, sitting on a doorsill spilling her guts to a friend she’d known for two weeks, confessing her origin and her betrayal. With all that’s happened, that was an hour ago for Ronni.

That advice from Lexii is still fresh in her mind, and she’s acting on it. Taking a chance that maybe accountability might be the smarter play than more of a lifetime of avoidance. That scene with Stanley was building toward this. You know, where she made it all about herself. And this scene, where she confronts the being she betrayed, of whom she’s been terrified for 15 years, she’s still pretty self-centered. But she’s making amends, and that has to be a bit about you sometimes.

Like last page, this one recalls an event from prior in the story, but I really wanted to show the thing happening in a way that felt visually fresh. You’ll also note that Jhor’dhunn here is no longer sporting Kirby krackle or flaming hair. Still big and imposing and cosmic looking, but without that same visual display of POWER (since he don’t got that particular juice at the moment).