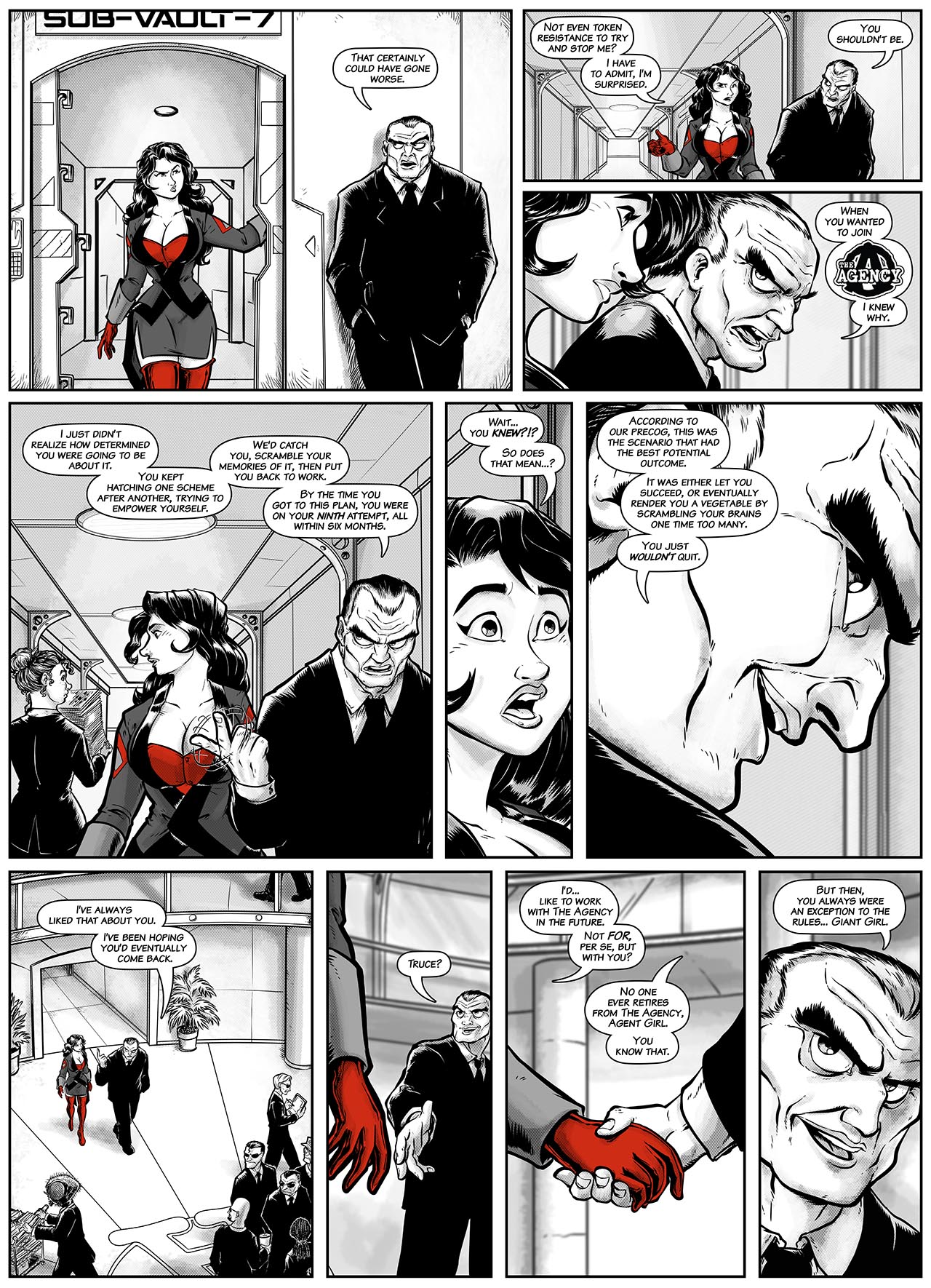 As Dee pointed out in conversation with me, it would have been easy for Agent Alpha to ride her butt and give her crap. Instead, he is honest with her, and lifts her up a bit. He admires her tenacity, and gives her respect in more ways than one. Even just addressing her by her chosen name, rather than as ‘Agent Girl’ is an acknowledgement of his own stance on their relationship.

He chose to give her a break rather than allowing her to destroy herself, because he had high hopes for her. How many of us will look for that kind of support our entire lives, especially from older male authority figures?

After her adventures on Imperial Urth, Ronni’s come back to mend fences and take responsibility. And discovering that life gets a lot better when you act like an adult and take accountability.

A classic walk and talk is a good, if brief, way to add a little bit of a breather to the moment after such cosmically epic revelations. Artistically, I wanted to make sure the backdrop was familiar from the flashback, and enjoyed the addition of the woman carrying a big ol’ stack of papers as a nice moment of reflection for Ronni. “There, but for the grace of Jhor’dhunn go I.”