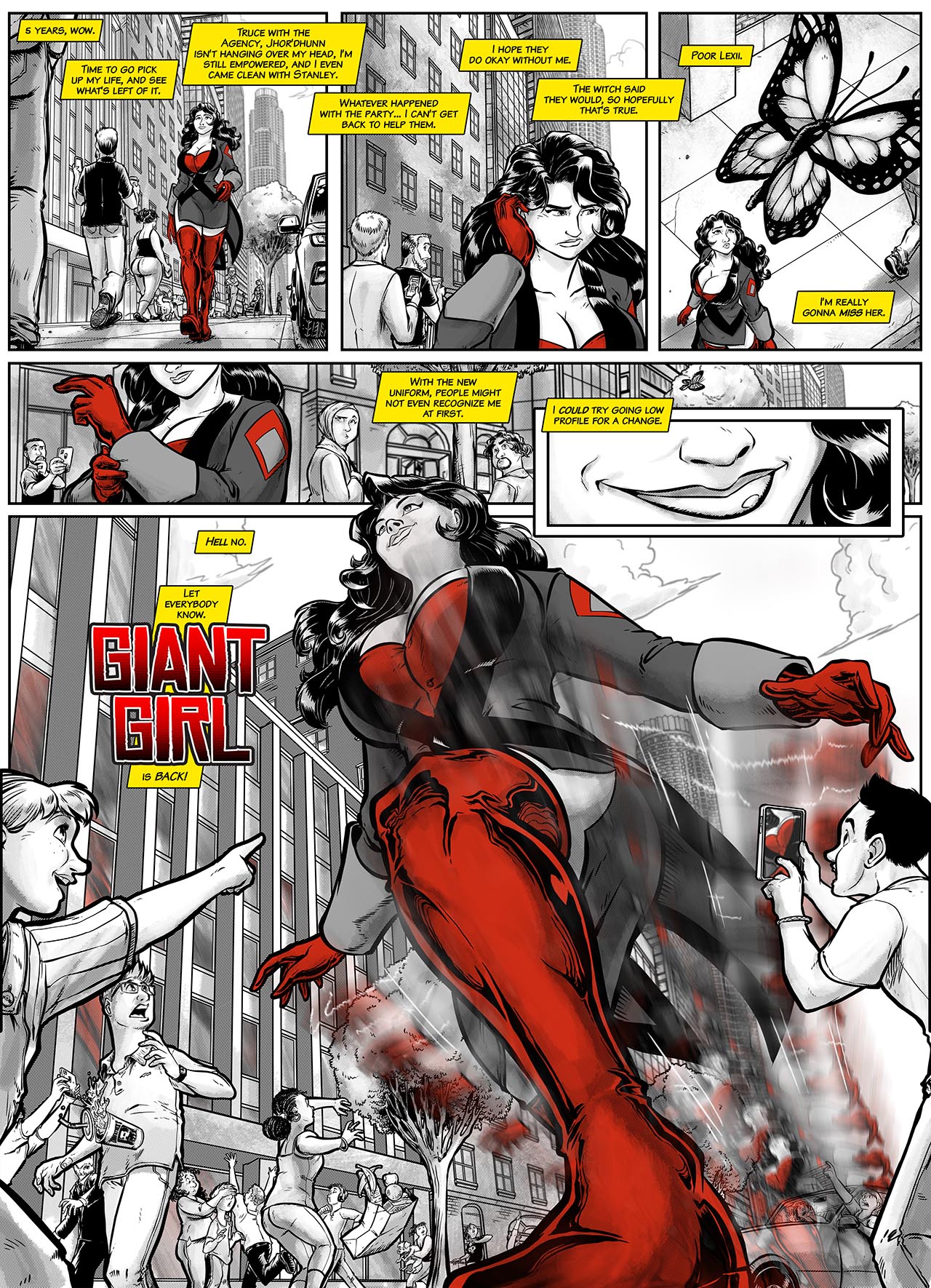 Back on the streets of L.A.- because of course you can enter The Agency HQ in one city and emerge in another- Ronni takes a moment to consider. Because she still would like to help the friends she left behind, but she has no way to reach them. Sure, she might have used her reality altering powers to try, but she might just have torn a hole in both universes trying. As mentioned, she lacked subtlety. And while Jhor’dhunn might have sent her back, as he said- THIS world needs a Giant Girl.

A thought for Lexii, because like the rest of the party, the little pixie affected Ronni more than she’d care to admit. Separated by dimensions and time flows, they are lost to one another now. But in their short time together, Lexii made a huge impact on Ronni’s life, and now the big girl has to learn to live without her. Which saddens her, but Ronni has no choice but to move on.

So she takes a moment to consider that maybe she could lay low, take her time and acclimate to the world again. Or maybe she could make it well known that the big girl is back in town, and that anybody who wants a piece of her can come take their shot. In the end, she started out as the lady in red, because she was drawing that attention to herself, for more reasons than one. So she returns to projecting that larger-than-life image, because in her heart, that’s who she is, and always will be.

You will note, we did not declare this to be the last page. Because this saga is not quite finished…. So stay tuned.

Another page I’ve been looking forward to drawing since I started on this comic and read the script. I knew I wanted the shot to be iconic and fun and decided to also make it a call-back. Note the little girl pointing, as the same as the one in the FIRST piece I ever created featuring Ronni: THIS piece, of what was originally nothing but fan art, that started this collaborative ball rolling. 😉