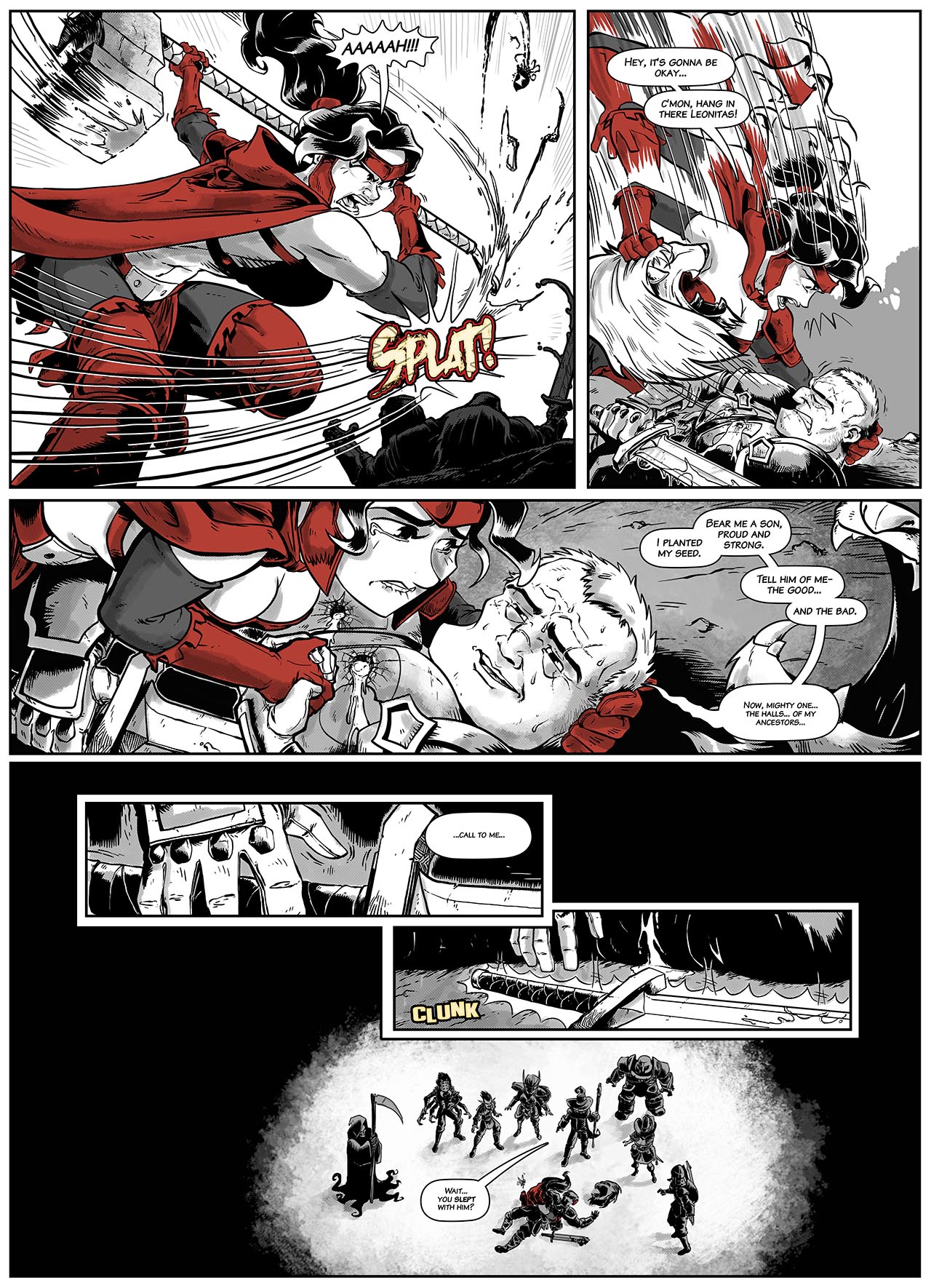 Now, I will admit, it seems very strange for a giant black widow spider to be hiding in an outhouse and jump out to attack someone. Believe it or not, there's a perfectly good reason for that, as you'll find out later. In like 20 pages or so. She probably would have given the party a real fight, taking out one member immediately, and likely getting away, if not for the fact that a titan with a maul just, well, mauled her.

Now it was pointed out that this is kind of a dick move on the part of the dying Leonitas to lay a guilt trip on Ronni like that. Which is true, although it is a barbaric sorta thing to do. Also a WHOLE lot of dying wish fulfillment on his part. So we can perhaps be a bit generous about his casual chauvinism.

He is, after all, a barbarian.

The part of Leonitas is played by Young Marlon Brando. He'll be refusing his Oscar, but he will take the gift bag. He will deny he owes Dinobot royalties.
Now, that last line from Ali Kazaam was one we debated for a while. Thing is, every time I looked at it I laughed, because that's his takeaway for the entire situation. Back when they made camp the first night, Ronni did her best to woo Ali, but he was fixated on the shining lady knight, and didn't want to ruin his chances by kicking it with his fallback chick.