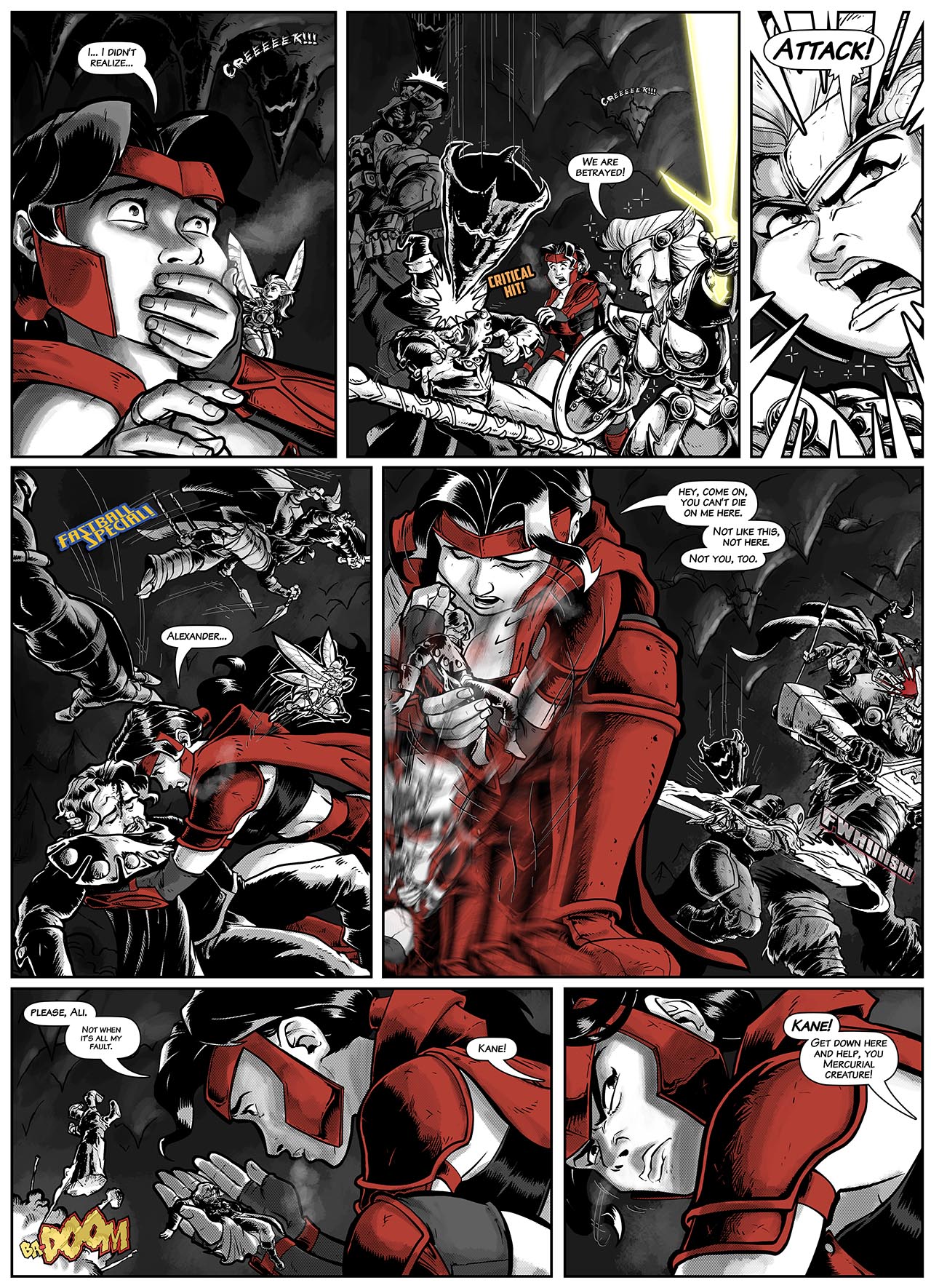 The giants did mention trying to survive what was already down here, and as some of those attack, Britomart takes it as an excuse to attack. Is she right in doing so? I’ll let you decide, but once the battle is on, it’s ON. Fastball special FTW, even as Ronni retreats from the fight, cradling Ali. He’s her only link to the ‘real’ world here, and despite the fact that he spurned her and hurt her, Ronni still cares for him, as evidenced here. She’s horrified at the giant’s revelation and already feeling overwhelming guilt when he gets injured, and he wouldn’t be here at all if not for her.

In my original script I had Britomart shouting something like ‘wanton harridan’ or somesuch at Ronni, when reading the script 6 years later or so I realized Britomart would know better than to be calling Ronni names by this point. Calling her a mercurial creature, however, seemed pretty accurate, so course adjusted.

I was pretty harsh with Dee on this page, as she wasn’t delivering the degree of shadow and contrast that I wanted, and we went back and forth for a while. But as usual, we got on the same page and I think the results in dramatic lighting lending tension speak for themselves.

As chaos erupts, mood lighting was a key factor in this, along with some selective mid and close-up shots on Britomart and Ronni’s faces as they react to everything.

There’s a lot of facial acting in this page that I’m pretty happy with that shows just how tumultuous this all is for Ronni as she struggles with the possibility of losing her only link back to her regular world.