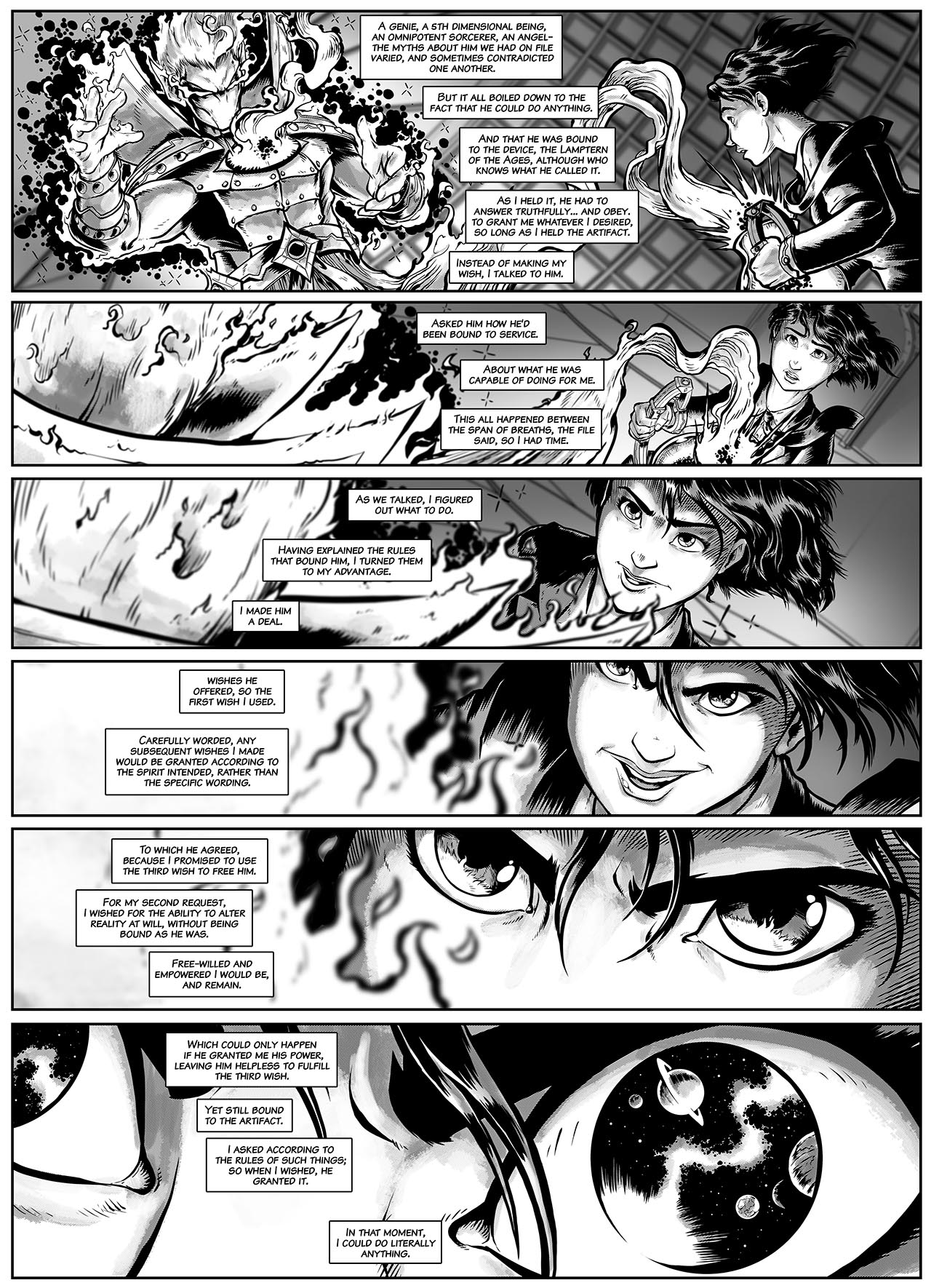 This was a page of writes and rewrites. Dee had the artwork figured out right from the start, and this was a relatively quick and easy page for her in that regard. The issue was my obsessive rewriting of it, because I was determined to have economy of verbiage for the best possible impact storytelling-wise. After all, this is kind of a big moment for the series, and I wanted it to read like an appropriately epic moment in retelling. So what that translated to was Dee enduring about 30 revisions on this page along in the narration, long after she was finished with the artwork.

Thanks for the patience, Dee!

Staggering the panels with the slow zoom on Ronni’s eyes was a very calculated design decision to showcase the shift in her expression. I wanted it to really read that she was working out exactly what she wanted and was leaning more and more into the decision as she went.

With the blurring of the flame effects in the foreground, I was trying to get a kind of a “dolly zoom” effect, like the shot in Jaws where the camera gets closer while the lens zooms out. It’s often used to be disorienting in films, but HERE it was my inspiration to bring the camera in close while flattening the distance between Ronni and the ‘genie’.