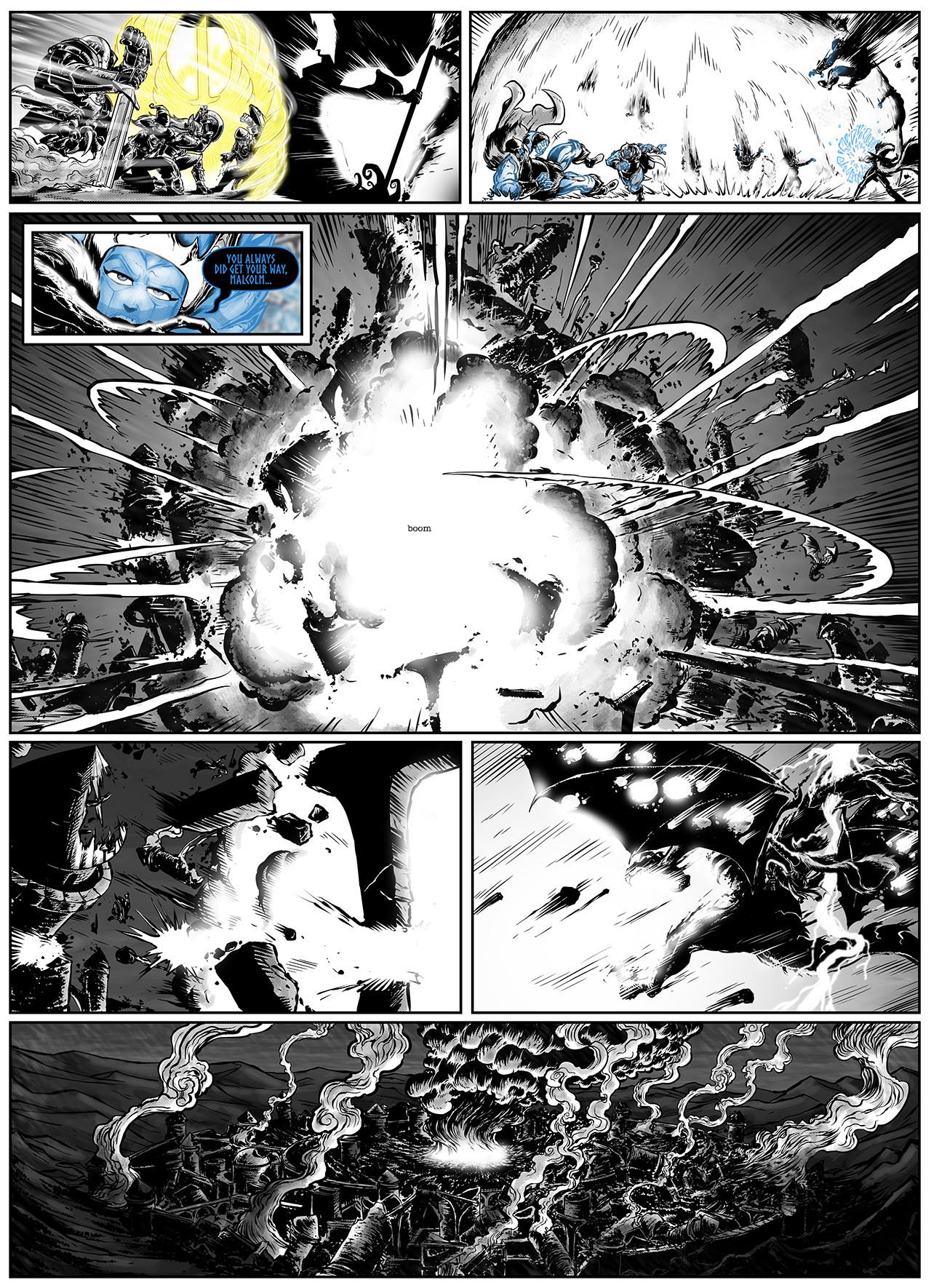 Looks like our girl Kane didn’t manage to stop the explosion.

Karloff and Britomart working on the same angle- to shield the party even as Karloff directs the explosion outward, magnifying it with his Snip The Thread spell. We see the frost giants employing the time-honored tradition of leaping away from the explosion, and discovering that is of no real help to them here as the explosion billows outward.

Our last line from Queen Brunhilde, which we have a comical version we’ll insert in the comments below, ends her story here. The central tower blows, the citadel is assaulted by both the explosion and the massive debris storm it creates. Stratonimbus uses Karundrex as a shield, even as she calls down another lightning bolt to impale him. She had business with him, and it looks like it might just be concluded now.

Perhaps you recall the big shot of the frost giant’s citadel back on page 70. The final shot of this page explains why we showed it to you in its entirety. Because here, you see what it looks like after our party of adventurers came to town. The ruins of the giant’s citadel will remain an adventure spot for generations to come, now that the empire of the giants has fallen.

Remember, you can open the page in a new tab to see it full-sized.

There is a lot of chaos happening here, and drawing this level of mass destruction was a massive challenge. There ARE teeny tiny people in that debris, fyi. You just have to zoom in on the ‘SPLOSION.

I’ll miss drawing our Queen, but I love how her little arc played out. Her part in the script is something that developed organically between Sabrina and I and was very much the result of some very fun creative collaboration. Everyone is a person in these stories, even the antagonists that come and go. 🙂