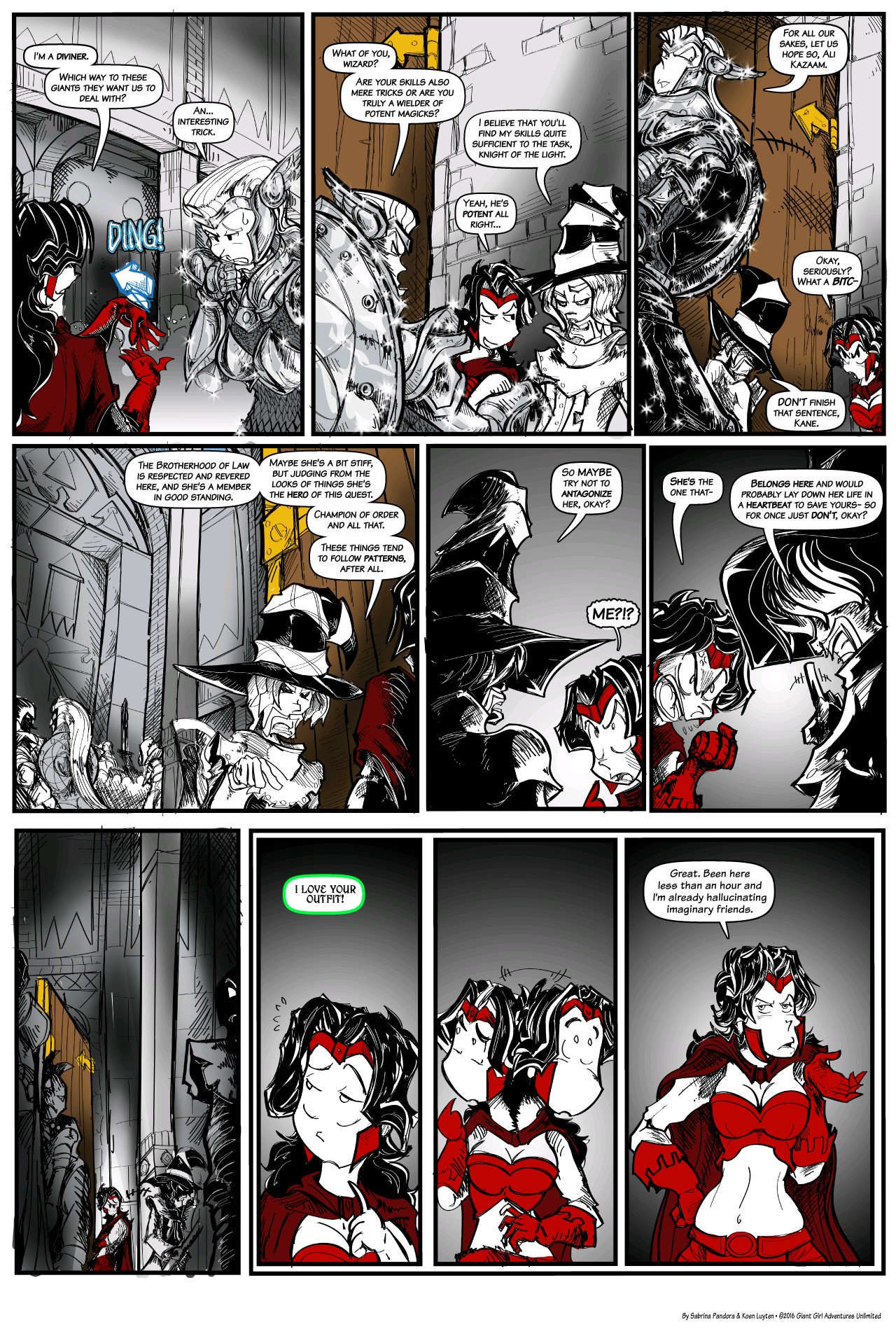 Our favorite Giant Girl dodges the question with a middle finger to the Witch, whom she assumes is watching. Sure, she could have pulled any number of size changing tricks but she's keeping it on the down low for now. She isn't in any danger and she isn't threatened by Britomart, thus a little trick to throw the paladin off the trail.

Here is where we see Ali Kazaam get defensive of the big blonde holy warrior, indicating that somebody may have some attraction to the very, very good girl... once again, just the opposite of his traveling companion, which will cause its own trouble in time. Ali chewing her out for not even stating her opinion, Ronni there alone in the crowd. Kinda sums up her day, and it ain't over yet.

Then a voice out of nowhere, because hey, time to class this up a bit.

That last panel her body is perfect but I swear her face looks like odd to me. Koen redrew it and it kept not coming not better so it went into the final strip, but every time I look at it I see Kevin Bacon.