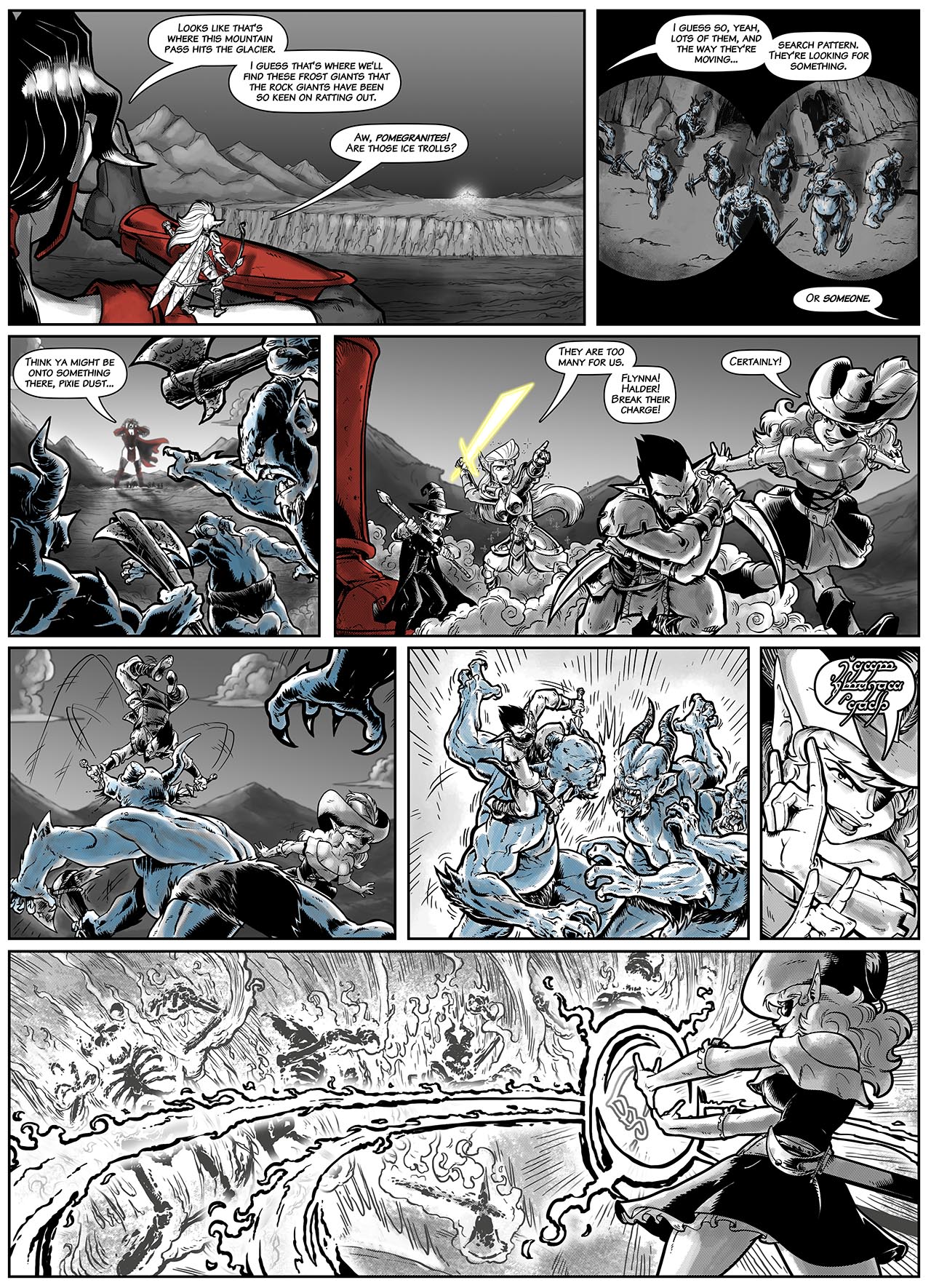 Of course the ice trolls are looking for someone, Ronni. Whatever you do, don't make it easy on them by being giant-sized- oh, wait, nevermind.

Honestly this has always been a big part of Ronni's approach as Giant Girl. She IS the biggest target, so she draws the danger to herself, thus sparing others. because she's a big girl, and she can handle it.

While we used the last page to do a battle montage, for this page we wanted to showcase our elves, Flynna and Halder, showing off a bit of their skills. Not everyone would attack an ice troll with a pair of shortswords, but that's our Halder.

Flynna's spell reads 'I cast burning hands' in Elvish, because Dee's kinda nutty that way. The rune in front of her hands in panel 8 is literally the Elvish word for 'fire'. When I asked for burning skeletons from Dee, I got it delivered with style and dynamism that made me pretty darn happy. I hope you agree.

DEE'S NOTES: This page was a nice blend of action and characterization. We get to see the characters working more like a well-oiled battle machine, and it was an opportunity for me, artistically, to show how well Flynna and Halder work together in battle.

For our Ice Trolls, I used a BLUE version of the same duo-tone line pattern I use for the character shadowing to make them stand out a little better, and I like how it worked out. We will be doing something similar for the eventual Frost Giants. And keep an eye on the sky over this sequence starting with the last page. I really wanted the shift from sunset to night to be a gradual one.