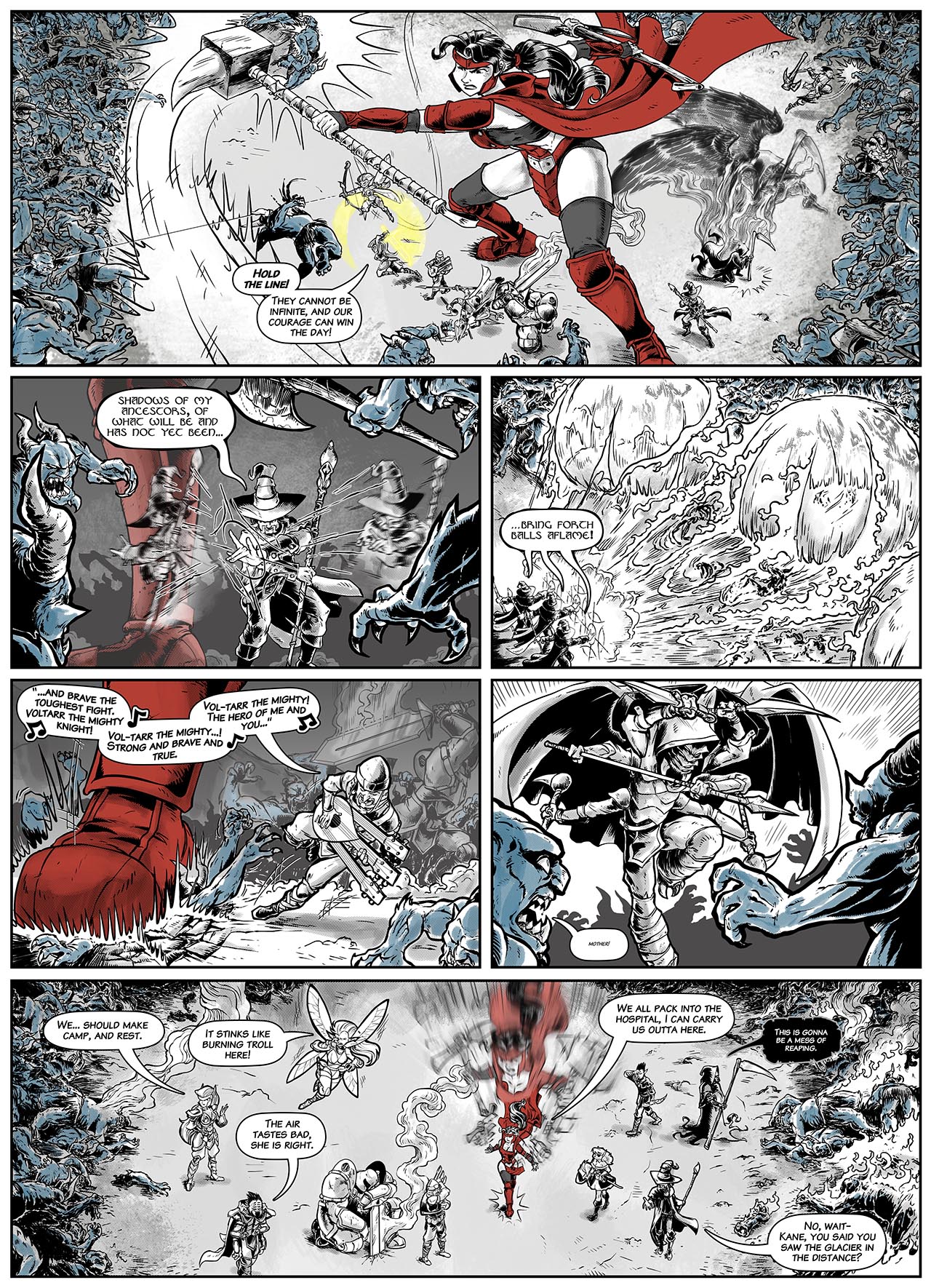 This page I wanted to showcase the various powers and abilities of the party. Ali Kazaam's 'shadow self' spell that draws upon him from the recent past and future to cast the spells simultaneously is crazy, but it sure does look cool. Crazy blood-fueled witchcraft. Swann is of course singing the classic Ballad of Voltarr, a tavern favorite for generations on Urth, using it to inspire his comrades in the field. Like bards do.

R'Lithon's script called for a Batman style attack. I got Bat-Spider.

I love how Smoke's default action is to drove his sword, the means of his livelihood and his most prized possession, halfway into the ground to use it as a resting post. He does that a lot, and it makes me giggle, because you see that sort of thing in video games all the time. In Smoke's case we'll assume the blade is magical, thus resistant to being dulled or broken when wedged into the ground like that.

DEE’S NOTES: The first and last panels are specifically designed to mirror each other, and I’m refining exactly how I want to visualize Ronni’s growing and shrinking. Here, I’m experimenting with a motion blur effect on a secondary drawing of Ronni at a larger scale in that bottom panel.

I’m trying to avoid JUST taking the final size she is in a panel and just copying that and enlarging it to show the effect as not only will the line weights not match properly, but she doesn’t FREEZE in place when growing or shrinking, so there’s always SOME variation in her expression or body language AS she grows or shrinks.

Plus, I like to employ secondary animation tricks like the motion of her hair or cape (Or even occasional shifting weight in her boobs) to emphasize that when she shrinks, those elements will “fall” as she does, no different than if she leapt off a high surface. Her hair and cape would be affected in the action.