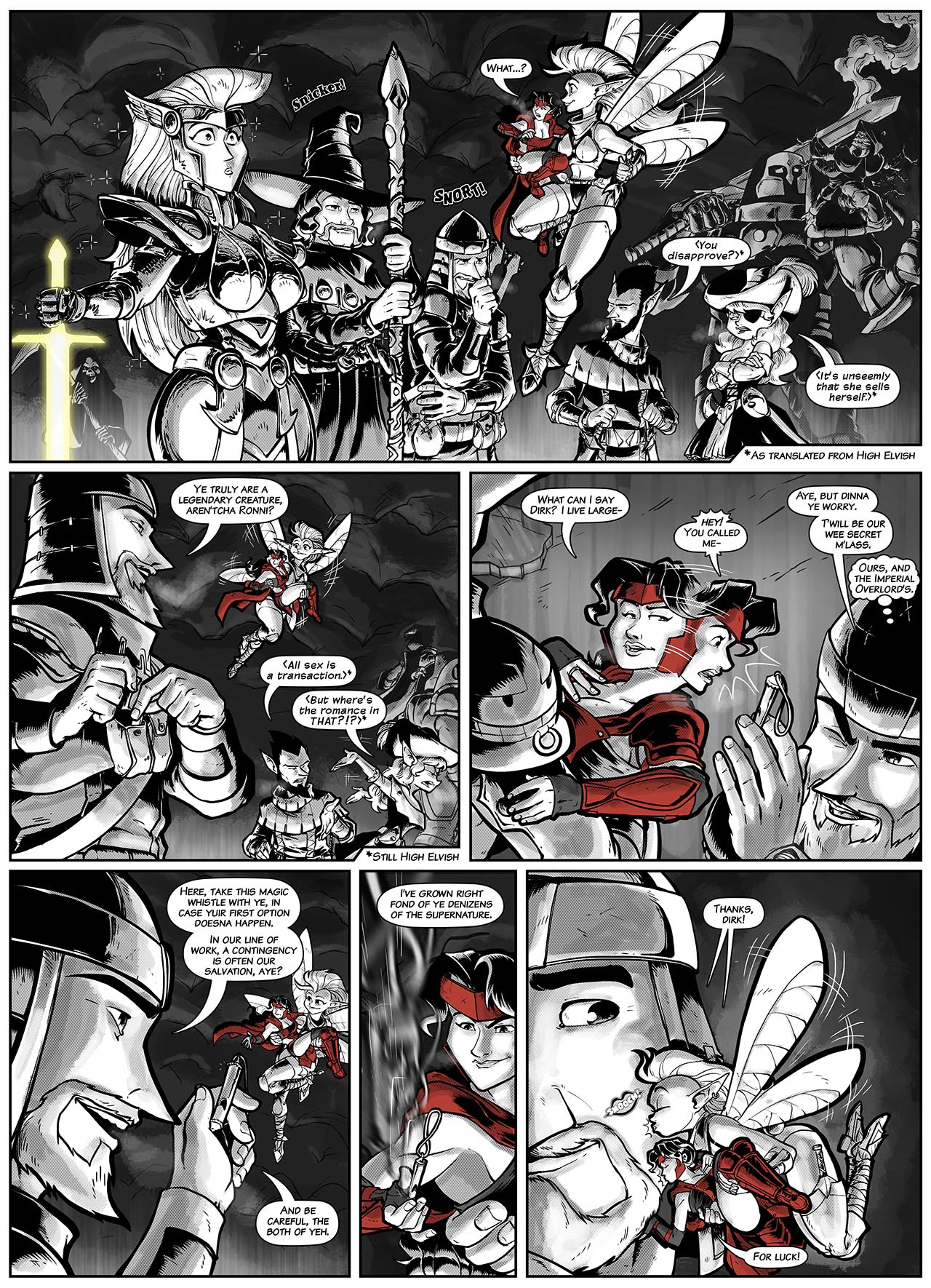 After Ronni promises to trade her flesh for help from the pixie, Britomart is understandably a bit stunned. Clearly from his expression, Ali is picturing it in his head, while Dirk is just amused. There is a doodle that might just come to light about Ali Kazaam’s thought balloon, most likely on Patreon.

I originally had the sidebar conversation with the elves as just silent, but after I’d seen the art, the idea to play that out a bit was too good. Meanwhile, Smoke and R’lithon decide it’s none of their business and muppet, stage right.

This bit exists for plot purposes- to reinforce that Dirk Swann is the consummate adventurer, to put the whistle into play and to reinforce to us that he is always watching, listening, and taking note. On this expedition of ‘denizens of the supernature’, he is the mere mortal human, the ‘everyman’ amongst this cast of fantastic legendary figures, there at the behest of the ruling authority of humankind, watching out for mankind’s interests.

I asked for an adorable shot of the two tiny women kissing the bard on the cheek. I was not in any way disappointed.

There’s lots of fun opportunities for me to really dig into the acting and the body language here and explore the script as Sabrina wrote it. In the scrip, the exchanged between Flynna and Haldr was essentially a note that Flynna looked a little disgusted at what was happening with Ronni and Lexii and that was about it.  That lead to me deciding that in panel two, she should perhaps be walking away in a huff, originally because I wanted to have some of the character seen walking AWAY so that when Dirk mentioned that he would keep Ronni’s secret, we could see that they had at least a smidge of privacy.

In reviewing the rough blue lines of the page, that all lead to Sabrina and I fleshing out a single, tiny background element into what it is now, giving us a bit more of a look into their heads and making our troupe feel more like individuals, and not just background players. The creation process is usually very organic, and I always love when an idea grows legs and finds direction.