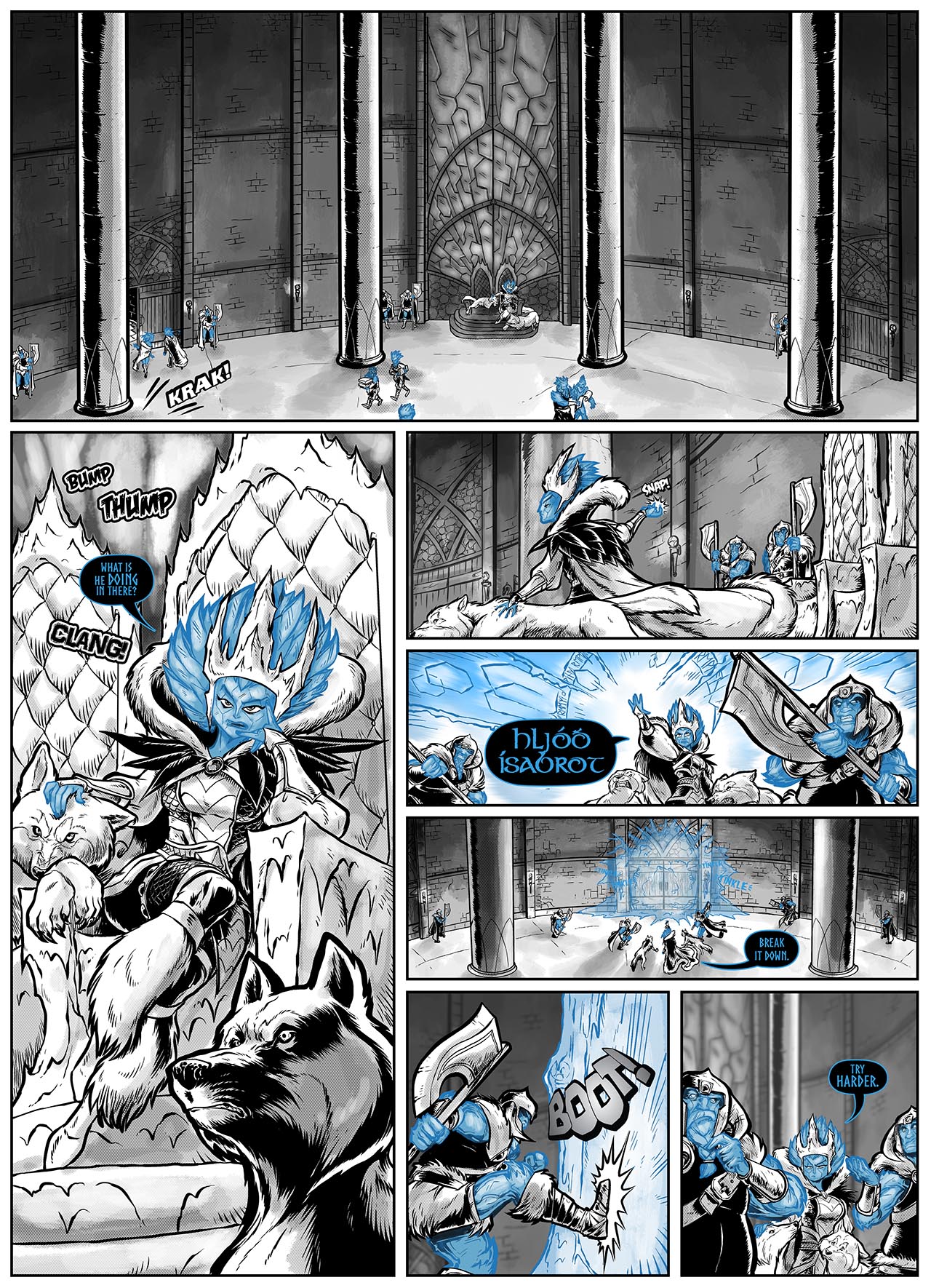 Now we wanted to change gears, and show the frost giant Queen, the throneroom of the giants, and just what sort of scale we’re operating on here. Externally the main tower of the citadel might have seemed small. But we wanted to insure that the reader got a sense of scale here. Giants live here, big ones. This is the great empire of the giants, which threatens all mankind.

Let’s enjoy it while it lasts. Because Giant Girl’s come to town.

In case it hasn’t been made abundantly clear, this is the great age of Giants on the Urth. When the hilbilly giants dominated the lowlands, the mountain giants dominated the rocky passes, and the frost giants ruled the frozen north. When goblins in their teeming millions threatened to overrun the whole of the continent.

All of which changed because of the arrival of the titan Kane, whom they called ‘uncouth’.

Not to spoil anything, just asking you to keep in mind that the clues have been laid and that somebody very deliberately sent Giant Girl here for a number of reasons.

Making the court here look populated was important to set the reality of the scene, I think. This was a detail Sabrina and I discussed in the sketching stage that there should be locals milling about. In my head, each little grouping here has a story to their scenes that had been playing out off camera. Everyone, even background extras, should feel like they are real people. (Or Frost Giants, in this case.)

I LOVED designing our Queen here, as she is SO rocking a classic, Disney Villain vibe that I adore. Plus, I love wolves, so the script was so good to me here. 🙂

The ice effect takes a bit of doing, but we can’t argue with the results.