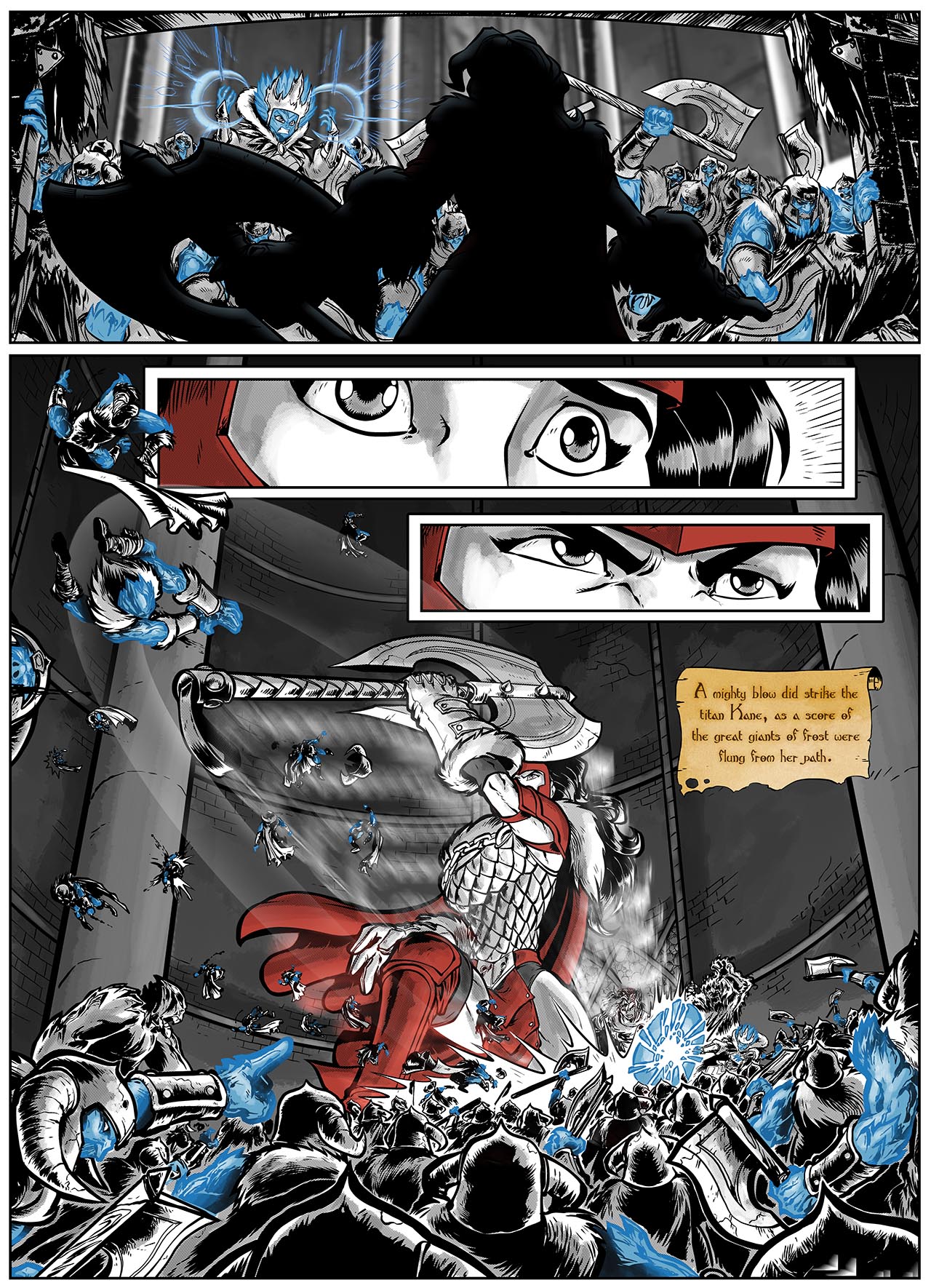 Cue the soundtrack after the silence

I wanted the big plan to be to gain that surprise attack, to give the party a chance to go on the offensive for that first round. And we take a long second as Ronni takes in the situation, makes a decision, and acts decisively, growing as she uses that big weird heavy metal giant axe make some room and back off the blue. A bit of narration from Swann, who will have a word or two here and there yet as our tale unfolds and his epic is crafted.

The upswing here is something I really wanted to draw. Thematically, it was inspired in part by the opening scenes of Fellowship of the Ring, and a particularly brutal kill in Friday the 13th Part 7 where Jason axes someone in the face with an upswing like the axe was a golf club. Lol

It’s also an opportunity to really showcase a few other story points, such as the scope of the team’s dilemma, the scale of the space, Ronni’s attitude as a member of said team. She is very much out in front here, but it is much more in line with everyone else in a way that she’s not done much. It’s an aspect of her growth (pun intended) that I enjoy in this arc.