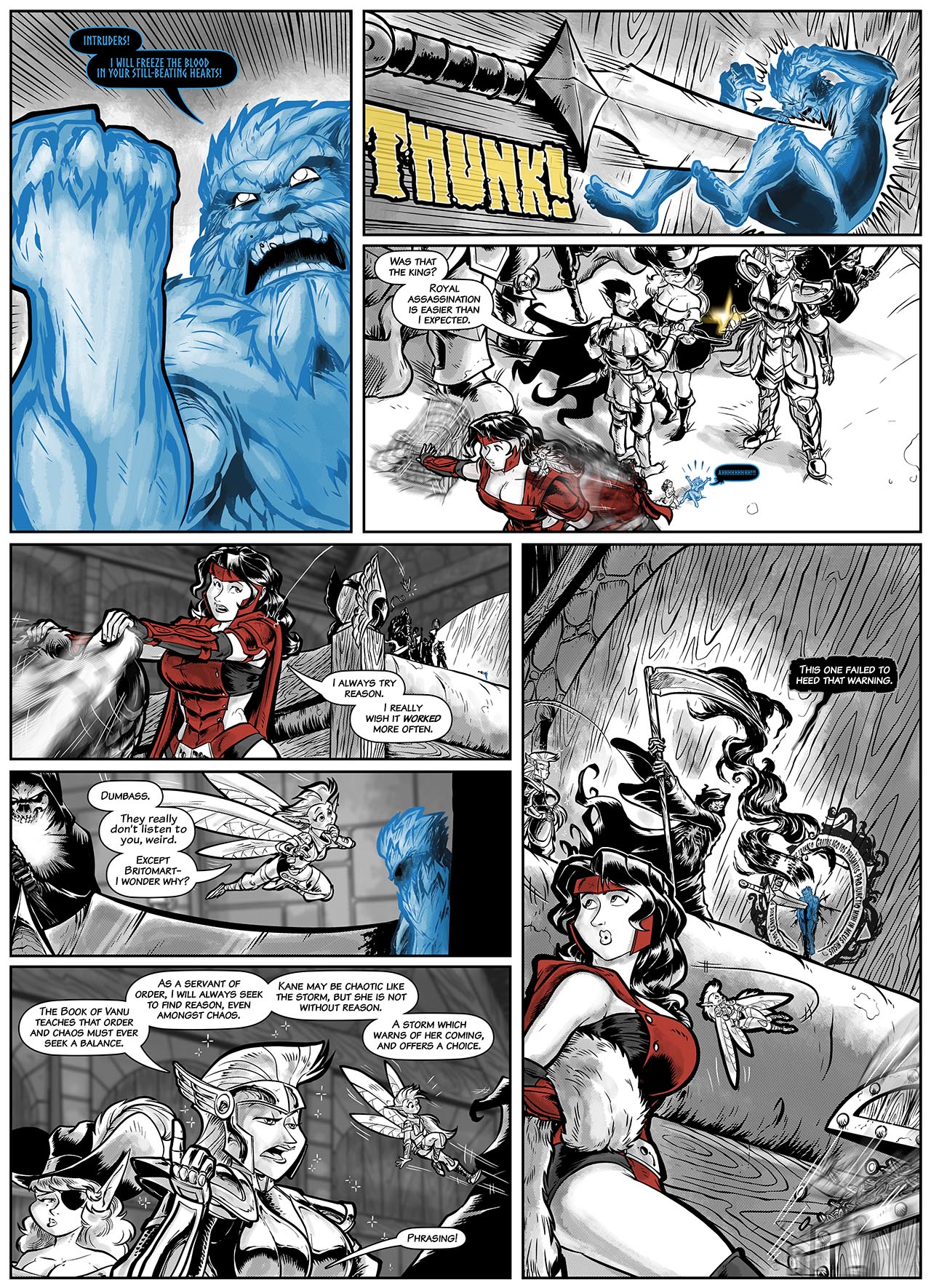 The mighty jarl really works the menace, right up until he gets pinned to his own headboard like a butterfly. From that moment forward, Giant Girl is in motion quickly- growing to the height of the rest of the party, even as she shrinks the treasure chest improvised out of the corpse of the mimic. Then she’s grabbing the dead guy’s scale mail armor off the floor, then she’s here, she’s there, she’s nearly everywhere, grabbing valuables around the room.

1 gp weighing in at maybe 1 troy ounce, worth in the neighborhood of 2K per coin, give or take for purity… the math running through Ronni’s head is definitely motivating her right at this moment. A rogue the Witch declared her to be, as well as uncouth. Both of which have come to pass, unsurprisingly.

I think we all know something awful is going to come of that ritual Karloff is enacting. Oh my yes. I love how the priest of death goes sweeping around everyone else in panel 3, like a specter in motion for that freshly dead guy. Who was, more than likely, very vital and powerful in life. Giants rule one another not through politics, but through strength. Ideally Malcolm here was an example of that philosophy.

For those of you keeping track, yes, the clock has begun ticking on all of the giant’s size shifts, given that Ronni is, as of panel 3, no longer in contact with any of them.

Regarding the ritual, that IS a Latin Necromancy spell I found online in the effect. If you ever see glyphs or runes or spell text, it DOES mean something. Lol

I also love adding little things that aren’t in the script, like Flynna’s little cheeky expression in the background as Britomart pontificates. It’s a visual reminder of where characters are in the sequence and a way to re-establish with regularity that our secondary heroes and even tertiary background characters are all people with their own thoughts. For me, as an artist, it keeps the world alive.

We’re participating in the Sexy Summer Swapmeet with our pal Lana the Spy, over at Spying With Lana! She’s recruited a bunch of her sexy friends to help her out, including our Giant Girl! So if you aren’t reading Spying With Lana or any of the other titles participating in the swapmeet, check them out! Lana is one of the few strips that makes me laugh consistently and is always the best quality sexy Art!

Thus Dee had to do an homage to a classic spy, with Lana in place of our more famous one-eyed spy- although in this case, it looks like she might be the reason the planet blew up maybe? I blame the Chief. This will also be this month’s vote incentive on TopWebComics. Vote for us! https://www.topwebcomics.com/vote/15864 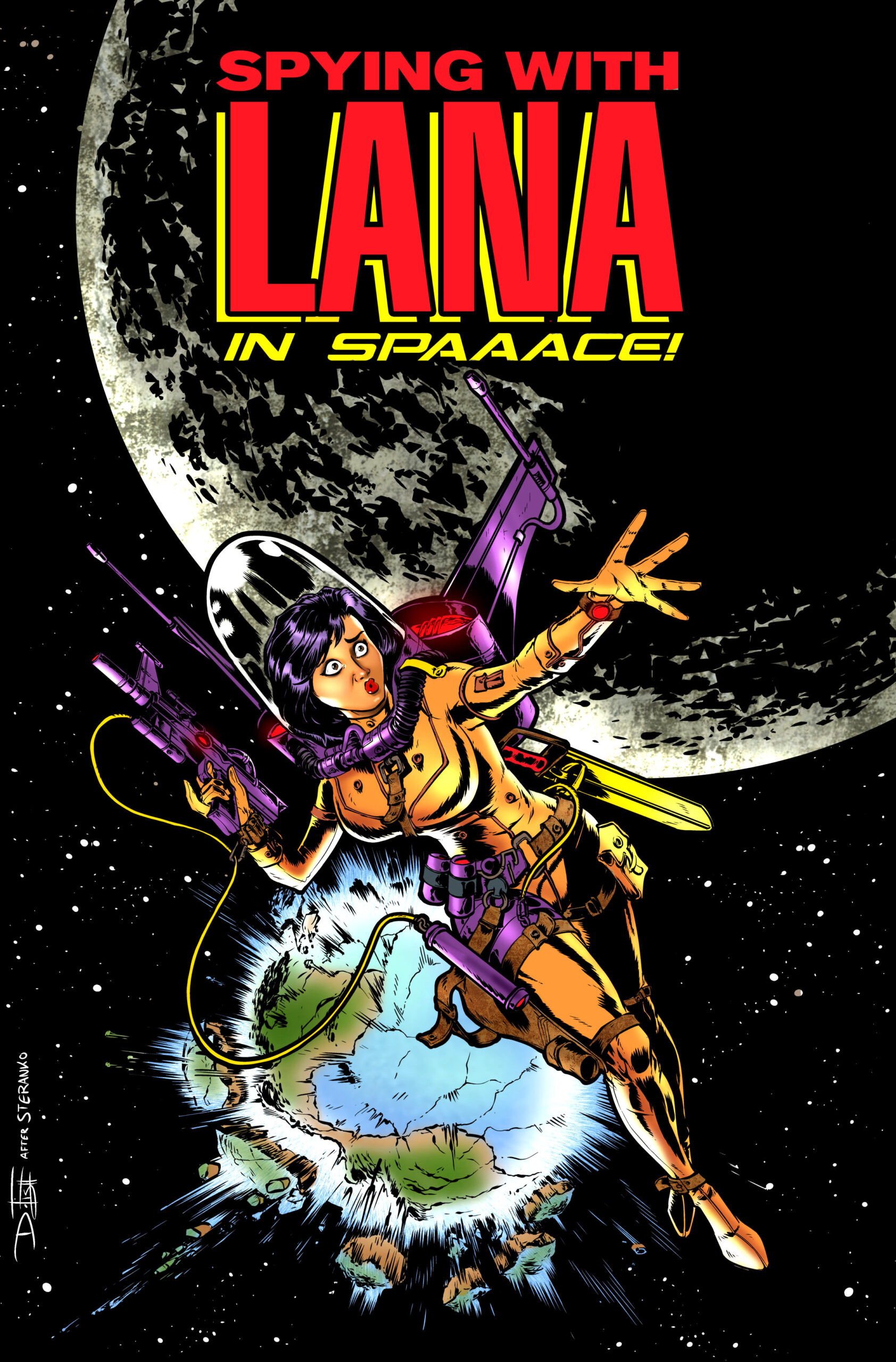